Be Our Guest Restaurant- a 4 Year Old’s View

Flying in the Millennium Falcon. Joining the Rebellion. Fighting Darth Vader. These are things that every Star Wars kid (or adult for that matter), dreams about doing one day! Fortunately for the kids, Disney can make their dreams come true! The Jedi Training Academy in Hollywood Studios is what dreams are literally made of! We experienced it for the first time last month, and now it is a ‘must do’ for us every trip.

The Jedi Training Academy is exactly what it says in the name- its a class for kids age 4 to 12 years old who want to learn the ways of the Force. But with a twist! This class is performed in front of an audience so that Star Wars fans of all ages can join in on the fun.

The first thing that you have to do is to sign your kid up. To register (its free by the way), go to the Indiana Jones Adventure Outpost located between the Indiana Jones Stunt Show and the 50’s PrimeTime Resturant. Registration begins when Hollywood Studios opens for the day. All kids who want to participate must be present at the time of registration. If the kid isn’t there, they won’t let them sign up. So make sure your party sticks together! Availability is limited and is based on a first-come, first served basis. Once you sign up, they will give you a receipt with a return time.

There are multiple shows throughout the day, so be flexible with your planning. If the time that you want isn’t available, go with the next one. Just as a warning, sometimes they cancel due to rain or bad weather since it is an outside show. So if you know it’s going to rain later in the day, try to schedule an earlier one. Although, I have seen a few time that they will bring the show inside.

Now comes the fun part! Your kid is ready to become a Jedi! First, make sure you arrive as on time as possible to your return time. Head over to where you signed up to let fun begin! Here, they will give your kiddo their Jedi robe, and go over a few rules with them.

Once everyone is accounted for and the kids are ready, they tell one adult to head over to the show area, and one adult to stay with the kid. Now its time to head over to the Jedi Temple- which is right next to the Star Tours Ride! The kiddos all line up and basically have their own little parade. They chant “Make way for the Jedi! Here we come!” while waving to their fans.

Once they have made it to the Jedi Temple, half of the kids will make their way to the upper level, and the other half will stay at the lower level. Now its time to learn the ways of the Jedi! The Jedi Master and several assistants lead the kids through basic Jedi training. There are marked spots for each child to stand upon so each kid has their own area. Once everyone is in place, lightsabers are handed out (which TBH is the whole reason these kids want to do this right?)

The kiddos are then taught basic lightsaber moves. After learning their new skills, the young Jedi and the Jedi trainers work together by using the Force to open the Jedi Temple doors!  Once the doors are opened, out walks Darth Vader and Kylo Ren! Sometimes, they use the Seventh Sister Inquisitor instead of Kylo. So, as far as the storyline goes, it’s not ‘the real’ Kylo Ren or Darth Vader, just a manifestation of the Jedi fears. Which actually sounds scarier to me! The younglings must face their fears and have a lightsaber duel with Darth Vader, Kylo Ren, or Seventh Sister Inquisitor.

Once the young Jedi conquer their fears, they have to learn to ‘lay down their anger’. This is the final way to beat Kylo Ren once and for all! When everything is said and done, the kiddos become Jedi and receive a special pin in commemoration!

Also, they have two Photopass photographers taking photos the whole time. At the end of the show, they will give you a card so that you can download the photos later!

This is seriously an experience that’s NOT to be missed! My son has been wanting to do this for a long time, probably since he was two. We would watch YouTube videos of it all the time. Finally, on our last trip, he was 4 years old! We didn’t tell him though that he was old enough yet. We wanted it to be a surprise! Once he figured out what we were doing, he couldn’t stop smiling and saying, “This is the best day ever!” We up doing it twice in one trip because he loved it so much! He was able to fight both Darth Vader and Kylo Ren. I HIGHLY suggest this to any kid that loves Star Wars.

Want to see out adventure live in action? Check out the short video below!

Have your kids done Jedi Training Academy? What did they think? Is it something that they want to do? Let me know in know in the comments below! Or, if you have a photo, tag me at @DisneyDreamCo on Instagram!

I'm a lover of all things Disney! I have an adorable son named Andy (after Toy Story), and an amazing hubby named Aaron. For my family and I, Disney isn’t just a hobby or someplace we casually go when on vacation, it's a way of life. We try to go back 'Home' twice a year. My hope for this blog is to help families navigate their crazy, magical times through Disney and reach their Disney Dream!

Top 5 things to eat at Food and Wine

Kitchen Must-Haves for the Disney Fan 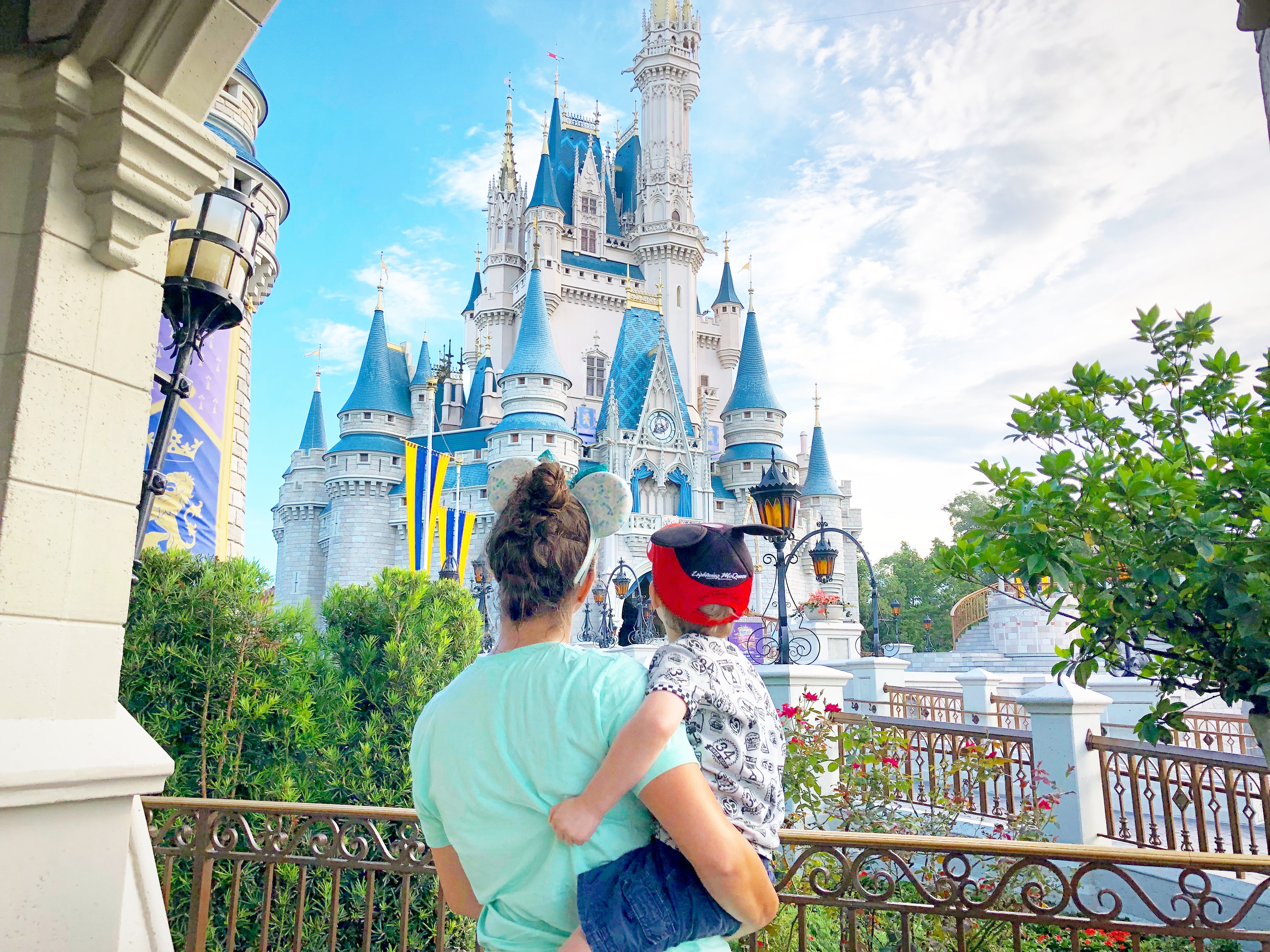 I'm a lover of all things Disney! I have an adorable son named Andy (after Toy Story), and an amazing hubby named Aaron. For my family and I, Disney isn’t just a hobby or someplace we casually go when on vacation, it's a way of life. We try to go back 'Home' twice a year. My hope for this blog is to help families navigate their crazy, magical times through Disney and reach their Disney Dream.


Joining us on our site will be other Disney obsessed people who also want to share their Disney Dream!